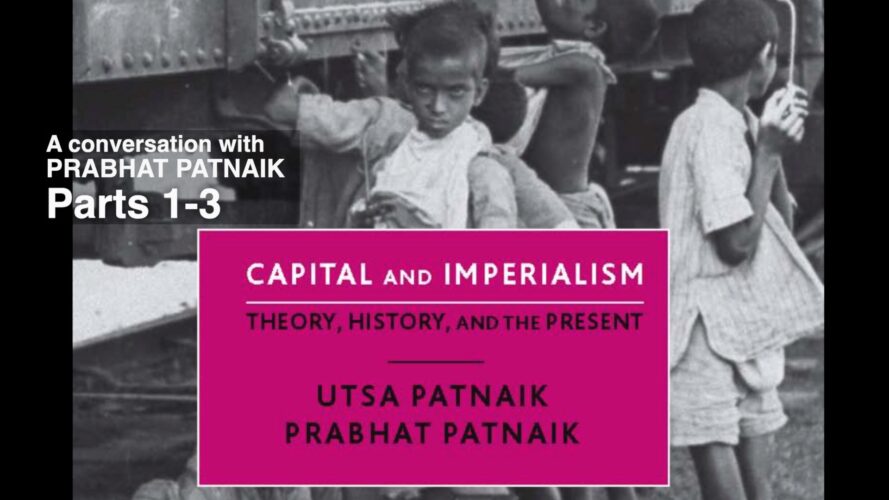 SERIES LINK: Prabhat Patnaik on “Capital and Imperialism: Theory, History and the Present”.

Imperialism which existed in the colonial era persists to this day and the system cannot do without it. This is an argument put forward in ” Capital and Imperialism: Theory, History and the Present” authored by Prabhat Patnaik & Utsa Patnaik (recently released by Monthly Review Press).

In this 3 part series, Prabhat Patnaik talks about his read on the history of capitalism from colonialism into the present which he breaks down into five distinct periods: (1) Colonialism prior to the First World War; (2) the interwar years; (3) the post-Second World War years and the ‘Golden Age of Capitalism’; (4) the era of globalization; and (5) the current conjuncture, which marks the dead end of globalization.