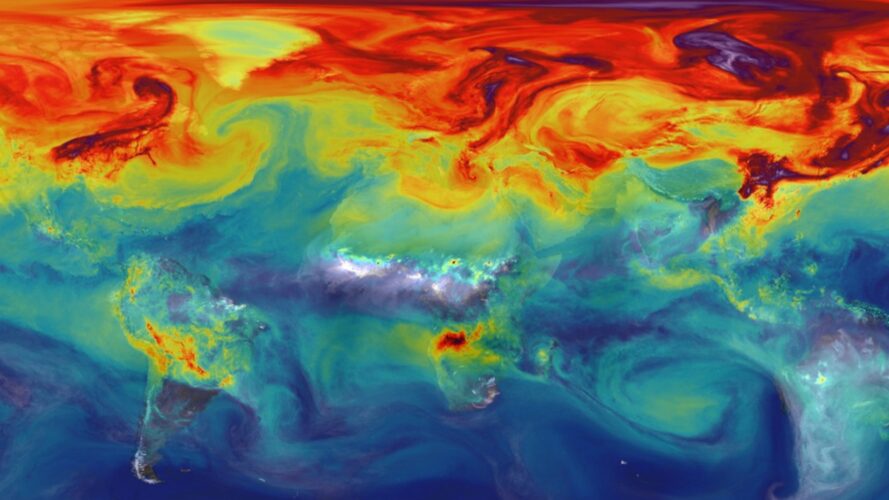 Public interest led innovation in renewable energy is urgently needed. The financial sector is deeply compromised and cannot be relied upon to invest in effective technologies that are manufactured, rolled out, and make a difference to our energy emissions. A look into Survival Governance with author, Peter Drahos (Part 2 of 2)

LYNN FRIES: Hello and welcome. I’m Lynn Fries producer of Global Political Economy or GPEnewsdocs. This is Part 2 of a conversation with author Peter Drahos on his forthcoming book Survival Governance: Energy & Climate in the Chinese Century.

In Part 1 Drahos explained two concepts– Survival Governance and the bio-digital energy paradigm – introduced in the book. And why, as argued in the book: Without strong leadership from one or more states a world below 2 degrees centigrade is not feasible. Innovation leadership is needed to move the world off fossil fuels and onto renewable energy. CO2 emissions from fossil fuel burning represent about 75% of the world’s greenhouse gas emissions. US continuous fossil fuel innovation and US monopoly models of innovation are failed strategies for a world seeking paths to a low carbon future. While many things could go very badly wrong, China more than any other capitalist state is the most plausible candidate to use state power to roll out new technology at the requisite speed, scale, price and direction necessary to address climate change. The world’s best chance to avoid climate catastrophe rests on innovation leadership from China.

This segment explores Drahos’ take on some other dynamics that he sees at play. We go now back to our conversation with Peter Drahos, Professor of Law and Governance at the European University Institute and Intellectual Property Law at Queen Mary, University of London. Welcome Peter

FRIES: Peter, we are talking about energy and climate in a situation where the world’s primary energy supply is dominated by fossil fuels with oil at around 32%, gas 23%, coal around 27% and renewable energy is marginalized at something like barely 2%. Talk about that and the lost opportunity of the 1970s.

DRAHOS: Look, the oil crisis of 1973-74 was one of those great opportunities, I mean; it was seen as an opportunity at the time. Lots of ideas that had been played around with mainly by scientists in laboratories: the possibility of solar power which really had become much more doable with the invention of the modern semiconductor chip in the 1950s; tidal power, for example, and wind power; all of these ideas about harnessing the ocean’s currents, about harnessing the sun about, harnessing the wind; those ideas suddenly found an opportunity. But the bulk of the funding went into things that ultimately mattered militarily most obviously nuclear power. But also it was all about maintaining oil security which obviously was important both in terms of economic performance as well as for the purpose of fueling war machines.

It is a statistic that shows that progress has been slow. And that is why I argue in the book that we are in the late stages of a climate crisis and innovation now is really our only hope. You know had we begun in the 1970s; if we had grasped the opportunity of renewable energy that scientists, some scientists were presenting in the early 1970s and if we had built on that slowly and replaced oil and gas and coal, right from the get go, as it were, we would be in a very different position today. Now we’re in a position where we have to take radical action and painful action as quickly as we can.

FRIES: Talk about how the IEA which was established in the wake of the 1970s oil crisis played into all this.

DRAHOS: The International Energy Agency was described by Henry Kissinger, he was primarily its architect, he described it as a Sputnik moment. It was a Sputnik moment that was really devoted to the oil and gas and coal industries. Its mission primarily was all about maintaining fossil fuel security. It was about maintaining oil security. You know, we really should have created an international energy agency that had a much wider brief than simply being about oil security. And that led to a narrow perspective.

Over time it became very clear that the IEA was constantly underestimating the speed at which renewable energy could develop and in particular how it could travel down the cost curve. In other words, the speed at which renewable energy, the cost of renewable energy came down tended to surprise IEA analysts. And I think Germany in particular, with the support of other European countries really became worried by this sort of group think mentality at the IEA where the focus was always on the fossil fuel paradigm with very little attention, serious attention being given to renewable energy. And so they proposed the creation of IRENA, the International Renewable Energy Agency.

FRIES: On your point about how the IEA constantly underestimates the potential of renewable energy innovation, I should note for viewers that in Part 1 you talked about the flip side of this. How the IEA constantly overestimates the potential of fossil fuel innovation. With IEA scenarios on carbon capture storage a stunning example of this. And on IRENA, I understand it took quite some doing to get it up and running.

DRAHOS: Yeah, that that took a lot of work and in the book I document just how long that took to get up. And here, I think, you know, we owe a debt of gratitude to those people who really fought for this over a period of three or so decades and got it off the ground. Because at least we have an international energy agency devoted to the cause of renewable energy. And even though at the moment, it doesn’t have the kind of clout of an international energy agency one hopes that that will change.

FRIES: Peter, you say climate change is a real world problem and argue against counting on Wall Street for solutions. Explain what you mean by that.

DRAHOS: You know, we did spend time doing interviews in the United States with people involved with the financing of renewables. And I think the best one can say about Wall Street is that Wall Street sees renewable energy as part of a portfolio of investments, but it’s a relatively small part. And, you know, the example that I discuss in the book, of course, is the financing or the securitization of mortgages prior to the global financial crisis. I mean, essentially in the two years leading up to the global financial crisis those securities or the securitization of mortgages amounted to something like $2 trillion dollars.

FRIES: What’s a post-circular economy? And why do you think that ultimately world capitalism will have to shift in that direction?

DRAHOS: Well, circular economy ideas have been around for a long time. So we really saw them surface in one way or another in the 1960s and seventies when a small group of economists began to question the sustainability of a linear growth models. Because essentially those economists really came to understand that the planet can only sustain so many people.

The circular economy idea is essentially a very simple one and that is that waste should be recycled in some way. So for example, a coal fire plant produces many waste products. So, perhaps some of those products can be used to produce bitumen that could be used ultimately for the purposes of road building. So the basic idea is that one would recycle waste or pollutants for other industries. They become an input for other industries. So that’s the basic idea of the circular economy. Don’t waste things.

FRIES: In the book you argue, that in a post-circular economy the emphasis has to be on services to ecosystems and not ecosystem services. And you say this is emphasis is fundamental to indigenous cultures in Australia. In closing, very briefly explain that.

DRAHOS: Well, this really comes out of another book that I wrote many years ago in which I looked at Australia’s indigenous people and how they had adapted to the Australian environment over a period of eighty thousand years or so. The book took a long time because I spent a lot of time hanging around with indigenous groups. And the basic message I came away with from indigenous people was: We do not own the country, the country owns us. So this is a very different perception of a relationship that you have with a country. It’s a very different value. It’s not about how we can turn ecosystems into places where we can put hotels and pretend somehow that’s a service.

And so I somewhat perhaps simplistically say there’s a kind of Goldman Sachs version of ecosystems, you know, in which we look at them from the point of view of what we can get out of them in terms of exploitation. The real shift that we have to make is in what ways can I be of service to ecosystems and that’s a huge paradigm shift.

FRIES: Peter Drahos, thank you. And from Geneva, Switzerland, thank you for tuning into this segment of GPEnewsdocs.

Peter Drahos is Professor of Law and Governance in the Law Department at the European University Institute, Florence and Professor of Intellectual Property Law at Queen Mary, University of London. He is a member of the Academy of Social Sciences in Australia and an emeritus professor at the Australian National University. His publications include Survival Governance: Energy and Climate in the Chinese Century (forthcoming January 2021); A Philosophy of Intellectual Property (download); Global Business Regulation (with John Braithwaite); Information Feudalism: Who Owns the Knowledge Economy? (with John Braithwaite); Intellectual Property, Indigenous People and Their Knowledge; The Global Governance of Knowledge: Patent Offices and Their Clients.

Original content in this work by Lynn Fries/GPEnewsdocs is licensed under a Creative Commons Attribution-NonCommercial-NoDerivatives 4.0 International License. Some of the other work(s) that this program incorporates may be licensed separately.